Hi beautiful people this is your girl Tashnee.V.Mavee. Welcome back to my blog I hope you love today’s post

Lots of things started to happen around us. Most of our neighbours tried so hard to make sure our shop got a bad name or created lies just to destroy our name. Or see us close the only thing that was sustaining us. One Evening my mother decided she wanted to go back to where we use to live before to go and check on her garden. The place was a little bit far.

My father told her not to go but she said her spirit tells her she must leave the house. So she rather go and check up on her crops because it has been long she went there and it was time to harvest. So she took one of my brothers with her. Me and my little sister and my younger brother we were sited in the kitchen doing our school work on that Saturday evening while my father was taking a nap in the bedroom. Because we only had one bedroom house. 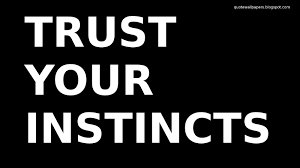 Suddenly I saw a male nurse running inside our house because the door was open and he was so frightened and sweating at the same time. He did not alter a word. We got frightened too and I started to call my father that someone just entered our house. Before I knew it, the male nurse lifted my younger brother and took out a gun from his pocket.

Suddenly we heard gun shot outside our house and my father came out to see what was going on. And the male nurse told him that his life was in danger and this was the only house he could run to for help. My father told him to put my younger brother down but the man said no, he said for those people not to fire at him he has to defend himself with my brother so that they won’t shoot at him.

But the gangsters outside they were ready to kill everything around the guy. Some of them went to our neighbours yard just to climb on top of our rooftop. So that they can be able to shoot the guy inside the house. My father told him to put my brother down because the baby was crying so loud. He told him that he won’t put him outside. He will protect him. So he dropped my brother and we run to the bedroom.

My father started praying as if it was his last day on earth and we joined him too. While the armed men outside were shouting that my father must open the door and take the man outside or they will kill everyone inside the house. Our neighbours and everyone around our neighbourhood came out but none of them called the police to come and help us. My father continued with his prayers and those men started shooting towards our house, but a miracle happened no bullet hit the house but instead it was water that was coming out from their guns.

But when they shot in to the air bullets would come out, but when they try to shoot our house nothing happened. While they were busy trying to figure out what was happening one of the guys, who lived in the third house from ours, came out and went straight to the guys with guns and told them something and suddenly they left. He came inside the yard and told my father to open the door and told him that those people left and they won’t come back again. 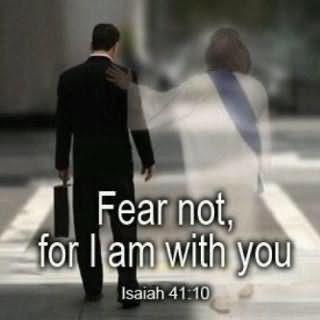 The guy came back and my father asked him what he said to the guys that made them to go just like that, but he only said to my father, I told them to go and fetch other weapons because the one they had were not working. So don’t worry Mr Lameck they won’t return ever again. And said to my father the God you bow down to, loves you. Never in your life depart from him. Because he saved you and your house hold. Those guys are heartless and they would have killed every single soul in this house. But what I saw today was a miracle upon miracles. And before he left he said your neighbours don’t love you. Beware of them, they couldn’t even call the police to come and help you and your family. Your surrounded by jealous friends and people.

My mother arrived few hours after the whole accident happened and people were still on the road trying to figure out what really happened. And how come bullets never penetrated towards our house. My mother was passing and everyone was looking at her. She could see that something happened because people were outside our house and she got scared and ran inside the house but everyone was ok. My father explained everything to her. And she knew why she needed to go out of the house. Because if she was there. Maybe she could have panicked. Weeks and Months past and people were still talking about the incident. Few months later a male nurse came and thank my father for saving his life and apologised for putting our lives in danger. He explained to my parents why those people were after his life.

6 Be strong and courageous. Do not be afraid or terrified because of them, for the LORD your God goes with you; he will never

6 “ ‘I will grant peace in the land, and you will lie down and no one will make you afraid. I will remove wild beasts from the land, and the sword will not pass through your country.

No weapon forged against you will prevail,
and you will refute every tongue that accuses you.
This is the heritage of the servants of the Lord,
and this is their vindication from me,”
declares the Lord.
We should not live in trepidation, but in confidence that God is in control. We need not fear tomorrow; He will supply and meet our spiritual and physical needs. God is faithful and He keeps His promises. We should never doubt His word even in our hardest times. His Love and strength are your shield, and His word is your armor always remember that.

Thank you for stopping by have a lovely blessed day